The Wilcoxson family played an important role in settling Carrollton, Missouri, dating back to 1826 when Caleb Wilcoxson settled in the area with his five sons, eventually opening one of the first general stores in Carrollton. The family’s entrepreneurial spirit thrived and, in addition to the general store, the brothers made a fortune in the real estate business, both in Missouri and California. In 1867, Caleb’s sons, Harrison and Hiram Wilcoxson established the Wilcoxson and Company banking firm in Carrollton, MO, which was run by the family until 1934. 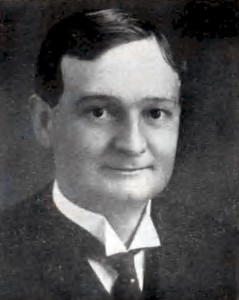 In 1912, Harrison H. (Harry) Wilcoxson, the son of Harrison, built what became known as the Wilcoxson/Magee Mansion. Harry served as the President of Wilcoxson Bank,  President of the Chamber of Commerce, served on Governor Elliott W. Majors staff in 1913, in 1917 was a delegate to the Missouri Branch of the League of Enforced Peace (later to become the League of Nations) and was active in the management of the Wilcoxson Opera House also located in Carrollton.

Due in part to Wilcoxson’s prominence in the state, the estate was known for throwing lavish parties and galas. The beautiful gardens were the ideal place for outdoor events and the family enjoyed having guests spend the night in the 8,420 square foot manor.

Newly restored to its former grandeur, the property has been rechristened La Bella Casa, and is available to host a variety of events, both inside the elegant manor or outside in the well-manicured garden.